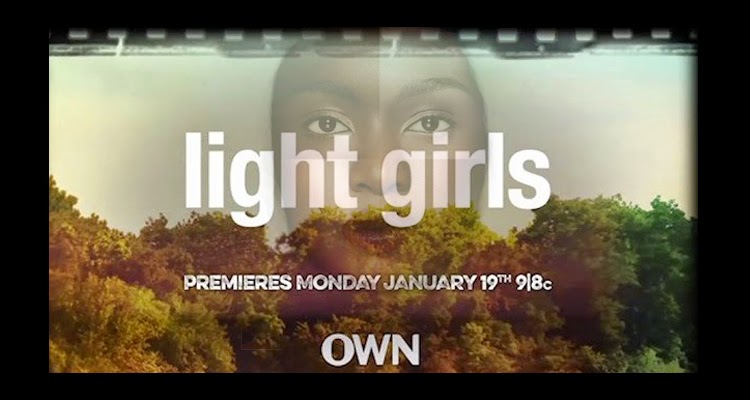 I wasn’t aware of the Oprah Winfrey Network’s Light Girls documentary until I saw the conversation buzz on Twitter and Facebook. Surprisingly, I read a lot of ignorant comments about the doc– the main critique being: why do light skin girls need a documentary about their so called “struggle” when they have so many privileges. Negative comments such as these really irritate me because people like to claim “the struggle” for a specific class, race, or color when in fact people of all different shapes, sizes, backgrounds, sexual orientations, and economic statuses face “the struggle.” “The struggle” is a complex that every single human on this planet faces. Although our struggles are diverse in nature and are subjective to our own living experiences, we each face them and that is something I believe no one can take from someone else.

I feel like all these points by #LightGirls aren’t coming across as actual issues. They just sound like minor annoyances. #LightGirlsMovie
— Mica (@Mica4Life) January 20, 2015

Nevertheless, I really enjoyed this film. Not much of the information in the documentary surprised me because I learned much of it through current events or the African American History classes I took in college. However, for me, the documentary’s information reached me on a personal level with the appearances of Solidad O’Brien, Raven Symone, and Claudia Jordan to name a few. Messages are always received better through visuals than through textbooks. Being a “dark skinned girl,” I wanted to roll my eyes at moments where men would speak about how light skinned women are trophy wives or the “It girls,” as I’m sure every other dark skinned woman did. But, overall, I enjoyed the documentary because I see it as a platform for people who are not of African descent to learn something about the many facades of being black, much like the Dark Girls documentary was. I also see it as a platform for the many people of African descent who believe this Light vs Dark issue is confined within the Black race, when in fact, it is a global issue.

Overall, this Light/Dark Girls saga connects with me at a personal level. I didn’t really face the issue of being “dark” until college because I grew up in a predominantly white town. And of the 20 or so Black kids who were at my high school, the majority were all around the same complexion as me. As I transitioned from high school to college (2 years at SCSU in the predominantly Black city of New Haven and 2.5 years at UMD), the compliments I received changed too, from “You’re pretty for a Black Girl” to “You’re the prettiest dark skinned girl I’ve ever seen.” It wasn’t until I was around more Black people that I was introduced to the light skin/ dark skin competition (For those of you who don’t know, search #TeamLightSkin or #TeamDarkSkin on Twitter). College is also when I started dating, and came across guys who felt the need to point out that they never date “dark skinned girls” or “brown skin girls” or “girls of my color.” How flattering. People (notice I said people, not Black people) have talked to me about my skin color and always want to categorize me as dark skinned, which is fine because I love dark complexions. So then I tell myself, “Ight, I’m dark skinned.” But, then when I mention my dark skin, some people say, “You’re not dark, you’re brown skinned.” So now, I just say I’m chocolate and no one ever disagrees with that! Honestly, to me, this whole color line is annoying and too complicated to say the least. Is Bill Duke going to make a documentary for us Brown Girls who don’t fit into the light or dark category?

Special thanks to organizations such as the Black Student Union.  At UMD the Black community was able to converse about subjects such as this. And thanks to my awesome friends, I can always be open about sharing my experiences with my color and listening to theirs. I specifically remember an male friend of mine saying, “I saw this beautiful girl the other day and I had to step back and think: Did I consider her beautiful because she was light skin or because she was actually beautiful.”

You can call it being too “hippie or liberal,” but I think we should all just act more like dogs. They love their owners not by the color of their skin, but the way they are treated. We should all just love each other like dogs love their owners. Judge by the soul, not by the capsule which contains it. Anywho! I would highly suggest watching the documentary if you haven’t already! It’s worth the hour.