Editors Note (3/24/2018): Since publishing this article, multiple women in social circles that crossed with mine, disclosed to me their experiences with the “friend” I mentioned in this article. By the description of my experience, they knew exactly who I was talking about and shared with me what he did to them. Their experiences were similar, if not worse, than what I experienced. It’s unfortunate that these circumstances have forged a bond between me and these women, but I’m appreciative to have such strong women by my side. I continue to encourage all women to speak up and speak out about the sexual atrocities that they have experienced.

On October 5, 2017, the New York Times posted a story detailing decades of sexual harassment claims against Harvey Weinstein. Since then, dozens of women in Hollywood have spoken out against Weinstein and the inappropriate acts he suggested or conducted. Actress Alyssa Milano made a call out on Twitter asking women to Tweet the phrase “me too” if they ever experienced sexual harassment or assault. Unbeknownst to Milano, her call out would reawaken the “me too Movement” originally started by Tarana Burke in 2007.

I’ve seen thousands of women on social media share the #MeToo hashtag; some even detailing their traumatic incidences. I’ve seen friends, old classmates, neighbors, and former teachers of mine all use the phrase. I scroll down my news feed with a heavy heart, wondering if it’s appropriate to ‘like’ their post or apologize for their experience. I’ve found it easiest to simply comment with a heart emjoi—symbolizing my love for them and to let them know that their story was heard.

However, I also feel conflicted with this movement. I’ve experienced incidences of sexual harassment, but nothing that has caused me to lose sleep at night. I consider them learning lessons, if anything, for me to stand up for myself better or to take stronger precautions as to who I let close to me. I can relate closely to how Veronica Ruckh feels, who penned similar conflictions with saying #MeToo. I don’t feel like a victim, but it happened. Does that mean me too?

We were both clothed, there was never any penetration, but I still felt violated.

In November of last year, I headed to the usual pregame spot of one of my guy friends before hitting a few bars in D.C. Among the ten or so people at the pregame were my two girlfriends who I had known since college. Everyone at the pregame knew each other well; we’d go out together all the time. I shared an edible with some friends. It was one of my first times ever trying it, which was evident because my reaction to it was much stronger than my friends. Everyone split up; some went to concerts while others went to clubs, so it was just me, my two girlfriends, and my guy friend. We hit the bars and had a great night. Like we usually do when the night ended, we went back to our guy friend’s house and crashed. I fell asleep in said guy friend’s bed; something that me and my girls did all the time. I woke up the next morning to him cuddling me, poking my butt with his hard on. We were both clothed, there was never any penetration, but I still felt violated. I was wide awake, but pretended I was still sleeping and pushed him away. Later that morning when I drove home, I still couldn’t shake what happened. So I texted him and told him if he ever pulled something like that again, I’d punch him where it hurt. He was offended and we didn’t speak to each other after that.

I felt guilty. Everyone knew that he had a crush on me. But, despite giving him a chance, I just couldn’t see him as more than a friend. We had agreed that we’d only be friends, months prior. Did that mean that I brought the incident upon myself? He didn’t actually touch me. So, was I over reacting? I was under the influence. Who would take my story seriously? I only ever shared the incident with a few of my friends.

I hope that my story gives others, who are uncertain if they are victims of sexual violence, the courage truly think about it and speak about it.

This summer in July, I went out with one of my best friends. We went to our usual spot, but on a Sunday night because Monday was a holiday. We had plans to look cute and catch a few numbers. We didn’t know that Sunday was Gay Night, but we still had fun. As one of the hosts, a mutual friend, walked us to our table, a man we walked past slid his hand into my shirt and grazed my breast. I immediately looked at him appalled and threw his hand away. When my friend and I arrived at the table, I told her what happened and then I told the host. He just laughed and said “Stop turning the gays.” I thought he would’ve thrown him out. I ended up just brushing it off that night, but the next day the incident weighed on me. So much, in fact, that I sometimes felt like his hand was still grazing my breast. I asked my girl if I was overreacting and she said I wasn’t. I told her what our host friend said to me and she looped him in. He apologized and said he was unclear of what happened which is why he laughed it off and would have reacted differently had he understood. For weeks after the incident, the sensation of the man touching me lingered.

I felt disappointed in myself. Why didn’t I react stronger to him touching me or get a bouncer to kick him out? I’d done it before. Why was I expecting my host friend to address it and not myself? How could I let a man get off scot free without facing my wrath? I should’ve thrown my drink at him. I should’ve punched him in the face. It was a gay lounge, maybe I shouldn’t make such a big deal out of it. Maybe I shouldn’t have worn such a low cut shirt. Was I asking for it? These thoughts raced through my head constantly.

These are two of the incidents that stand out strongest when I think of my experiences with sexual assault and harassment. Technically, they are harassment or assault. But, because of that technicality, I still find it difficult to write “me too.” I then begin to realize that the thoughts I’ve had are the same that race through the mind’s of other victims, “If I didn’t make it a big deal, then maybe it wasn’t really what I thought?” Consciously, as I write this blog post, I realize that I am indeed a part of the movement. It’s an unfortunate fact, but a fact all the same. The mission of my blog is to empower women to be confident, unapologetic, and most importantly comfortable with themselves. So, I would only be providing half of a service if I did not practice what I preach.  I pray that my story gives others, who are uncertain if they are victims of sexual violence, the courage truly think about it, speak about it, and say, “me too.” 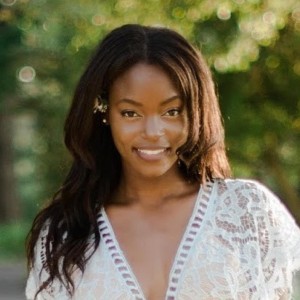 Tanaye White is a fashion and lifestyle blogger whose passion is to inspire women to become the most unapologetic version of themselves.

Hey! I'm Tanaye (tuh-neigh). Thanks for visiting. I'm a fashion and lifestyle blogger. But, my passion lies in empowering women to be their truest and most confident selves. Check out the 'Girl Talk' page for my latest empowerment post. more